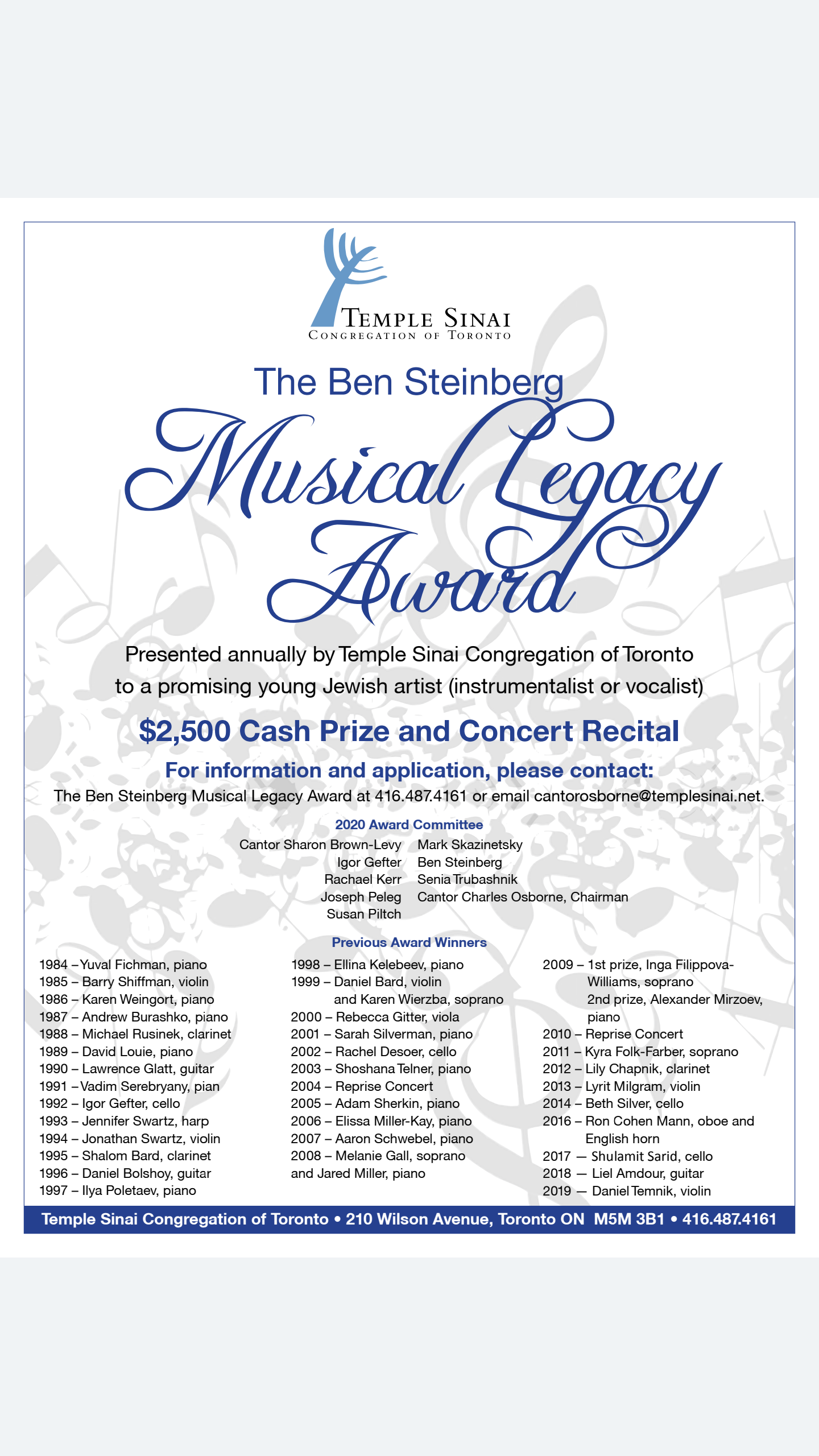 Applications to the Ben Steinberg Musical Legacy Award are open until January 20, 2020!
Artists

WJT is excited to try something new this season. We are inviting Rabbis from the community to see our shows and review them to provide greater spiritual and cultural context for our audience members. For Two Birds One Stone we have Rabbi Allan Finkel of Temple Shalom reviewing for us again.

Ari Weinberg, the artistic director for the Winnipeg Jewish Theatre writes that “When I first saw Two Birds One Stone, I had to sit with it for a few days.” He then noted that WJT’s mission is to provoke its audience into a response. I’m thrilled that he said “Yes” but I wonder why he took so long!

First performed in Toronto, this 60-minute play was co-created and acted by Natasha Greenblatt, a Jewish-Canadian playwright, and Rimah Jabr, a Palestinian playwright, and explores how each young woman is searching for “home” and even a sense of identity far away from their childhood homes. The play is creatively mounted on a simple set with a backlit screen and two chairs, with the actors taking on different accents and personalities to support each other in a dizzying array of side-by-side vignettes.

The themes are challenging, especially when it comes to cringing portrayals of life in Israel and the occupied territories, all the more so as the actors reveal that their personal stories are interwoven into the narrative. These are the stories that we wish we didn’t have to hear, but this is exactly why this play is important.

I had a nagging sense throughout the play of the tricky issue of privilege – what happens, what happens so easily any time dominant groups live alongside a minority group especially when social and political structures sustain a certain status quo. The play draws a marked contrast between the “easy” life of a Canadian Jew and the daily frustrations of Palestinian life in the West Bank, certainly uncomfortable for anyone supporting the state of Israel. However, these themes of privilege are universal, whether it be our ongoing conversations about white or male or colonial privilege or the huge socio-economic consequences that result for those who fall below the line.

I couldn’t help but think of the parallels to our own long and troubled history as Jews – so many centuries of us living all across Europe and Russia in marginalized communities and at the mercy of dominant cultures, where we were on the other side of privilege, powerless and so frustrated before never-ending institutionalized repression or random acts or insults or much worse. Even though we lived there, we too always searched for “home” and millions eventually left Russia and Europe, and later Africa and South America looking for and finding exactly that, homes where we could live as Jews with equal rights.

Sitting as we do now, on the easy side of privilege here in Canada or Israel or wherever, it is tempting and easy to forget some of our own central Jewish teachings – that we are to remember always that we were once strangers in a strange land, that we were once slaves in the land of Egypt, and that we are to love our neighbours as ourselves. If there is one thing that I will take away from the play, it is the bruising that happens when we look at others for what they are rather than who they are. Thank you, Natasha and Rimah. And thank you, Ari.