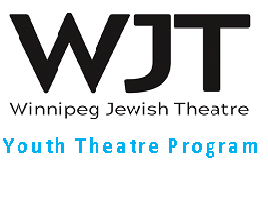 As the recipient of the Irma Penn Jewish Education Pilot Program, Winnipeg Jewish Theatre is offering a free theatre program for youth ages 11-15.

The program will fuse Jewish education with theatre-making and storytelling practice to develop a world premiere of a new play inspired by the Jewish folktale Stone Soup.

The script for the play will be created and performed by up to 25 youth from within Winnipeg’s Jewish community under the guidance of award-winning storyteller and local playwright Leigh-Anne Kehler. The play will allow the ensemble of youth to creatively examine and express what Jewish traditions and values they hold dear. This world premiere production will then receive two free public performances in the Berney Theatre at the Asper Jewish Community Campus.

Participants must be available for all rehearsals and performances.

To register we ask that you think of an answer to to the following question:

What makes you proud to be Jewish?

This a free program thanks to the support of the Jewish Foundation of Manitoba’s Irma Penn Jewish Education Project.

Leigh-Anne has written and produced a total of seventeen Fringe Festival shows, many of which garnered sold out runs and Best of Fest. wins.

She will be touring Saskatchewan with the Organization of Saskatchewan Arts council and Nova Scotia with TD Children’s Book Week in 2019. She also presented a piece about her father’s palliation, by invitation, at the National Arts Centre in 2016.