The shorter version: Emil Sher writes plays for the young and once-were-young.

The longer version (Grab a drink and sit back):

Emil’s stage plays include original works and adaptations.  His first stage play, Sanctuary, premiered at the Fringe of Toronto in 1991 and has been in staged Canada, the U.K. and Australia.  He collaborated with Stiletto Company on another Fringe play, Derailed, which ran at Factory Theatre in 1995 and was nominated for a Dora Mavor Moore Award for Best Production.

In 2003 Emil was commissioned by Montreal’s Black Theatre Workshop and Geordie Theatre to write a children’s play about multiculturalism.  The result was Bluenose, a rollicking physical comedy about three red-nosed bumbling, inept pirates who get more than they bargained for when they pull in blue-nosed Ku from the seas.  A comedic tale about culture clashes and cultural assumptions, Bluenose continues to be performed across North America.

Emil’s adaptation of Marie Day’s Edward the ‘Crazy Man’, a picture book about the friendship between a young boy and a man living with schizophrenia, was commissioned and produced by Workman Theatre at the Centre for Addiction and Mental Health. In addition to productions in Toronto in 2008 and 2011, Edward the ‘Crazy Man’ toured Saskatchewan with Perspehone Theatre’s youth company in 2014.

Karen Levine’s beloved book, Hana’s Suitcase, came to the stage in 2006 in an adaptation that Emil wrote for Young People’s Theatre. A suitcase belonging to Hana Brady, a young Jewish Czech girl who perished in the Holocaust, is at the heart of this powerful, true story that unites the past and the present, Tokyo and Toronto, and two remarkable individuals: Fumiko Ishioka and George Brady. The stage version of Hana’s Suitcase has toured across Canada and engaged audiences in St. Louis (U.S. premiere), Seattle, Chicago and Milwaukee and is in repertory at Nephesh Theatre in Israel.

Lata Pada, the acclaimed choreographer and driving force behind Sampradaya Dance Creations, set out to create a play about a young South Asian girl making the transition from the life she knew in India to the unknowns that awaited in Canada. This was Lata’s first foray into theatre, and Emil was brought in to write a script that was married to movement, music and dance. First staged in 2004 and remounted in 2005 by Theatre Direct Canada, Beneath the Banyan Tree toured the United Kingdom in 2009.

Inspired by true events, The Book of Ashes chronicles the bond between a young boy and the Iraqi librarian who saved over 30,000 books as foreign troops stormed the city of Basra in 2003. Under the direction of Tracy Carroll, The Book of Ashes was workshopped in Edmonton over several years and premiered at the International Children’s Festival in St. Albert, Alberta in 2016.

Could taking a child’s life in the name of love ever be justified? Do a parent’s responsibilities and a child’s needs always intersect? Controversial and challenging, Mourning Dove premiered at the Great Canadian Theatre Company (GCTC) in Ottawa and has been staged in Toronto, Halifax, Sudbury, Edmonton and Vancouver. Based on Emil’s radio play of the same name, it is inspired by the true story of a father who took the life of his severely disabled daughter. Selected as the Canadian entry in the inaugural WorldPlay festival showcasing the best of English-language radio drama, Mourning Dove was broadcast in the U.S., Britain, Australia, New Zealand, Hong Kong and South Africa and translated into Slovak.

Weaving humour and searing honesty, author Ian Brown chronicled a life-changing journey that began when his son Walker was born with “an impossibly rare genetic mutation”, a journey that now unfolds in Emil’s adaptation of The Boy in the Moon. After premiering at GCTC in 2014, the script was modified for a production at Crow’s Theatre in 2017 that was nominated for a Dora Mavor Moore Award for Outstanding New Play and selected by The Globe and Mail as one of the Top Ten productions of the year.  It has toured to the Grand Theatre in London and Gananoque’s 1000 Islands Playhouse and was livestreamed in May 2021 in a production by Vancouver’s Neworld Theatre. 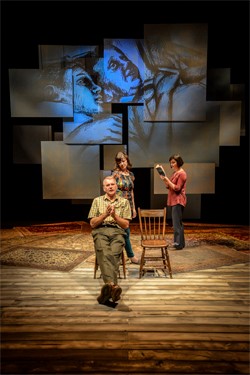 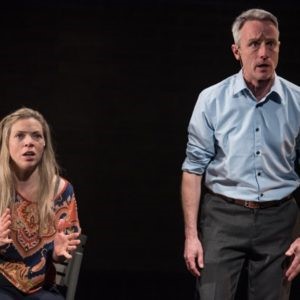 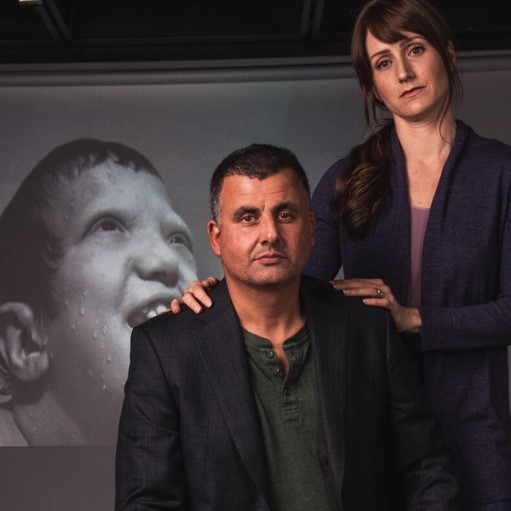 In 2017 the Segal Centre in Montreal presented The Hockey Sweater: A Musical, based on Roch Carrier’s beloved story about a hockey-mad young boy in Quebec who idolizes Rocket Richard and is crushed when his beloved No. 9 hockey sweater is replaced by one from the Toronto Maple Leafs in a mail-order mixup.  As librettist and co-lyricist, Emil worked with a stellar creative team – composer and lyricist Jonathan Monro and director Donna Feore – and a wonderful cast of young actors and old hands.  After its premiere in Montreal, The Hockey Sweater was staged at the NAC to sold-out audiences.

Emil’s current works-in-progress include The Boys of Vedem, a play commissioned by Seattle’s ACT Theatre based on the true story of imprisoned Jewish teens who created a secret magazine in the midst of the Holocaust; April, a play about a fraught and fractured relationship between a mother and daughter that Emil is developing with Louise Pitre; and a musical inspired by The Pied Piper.