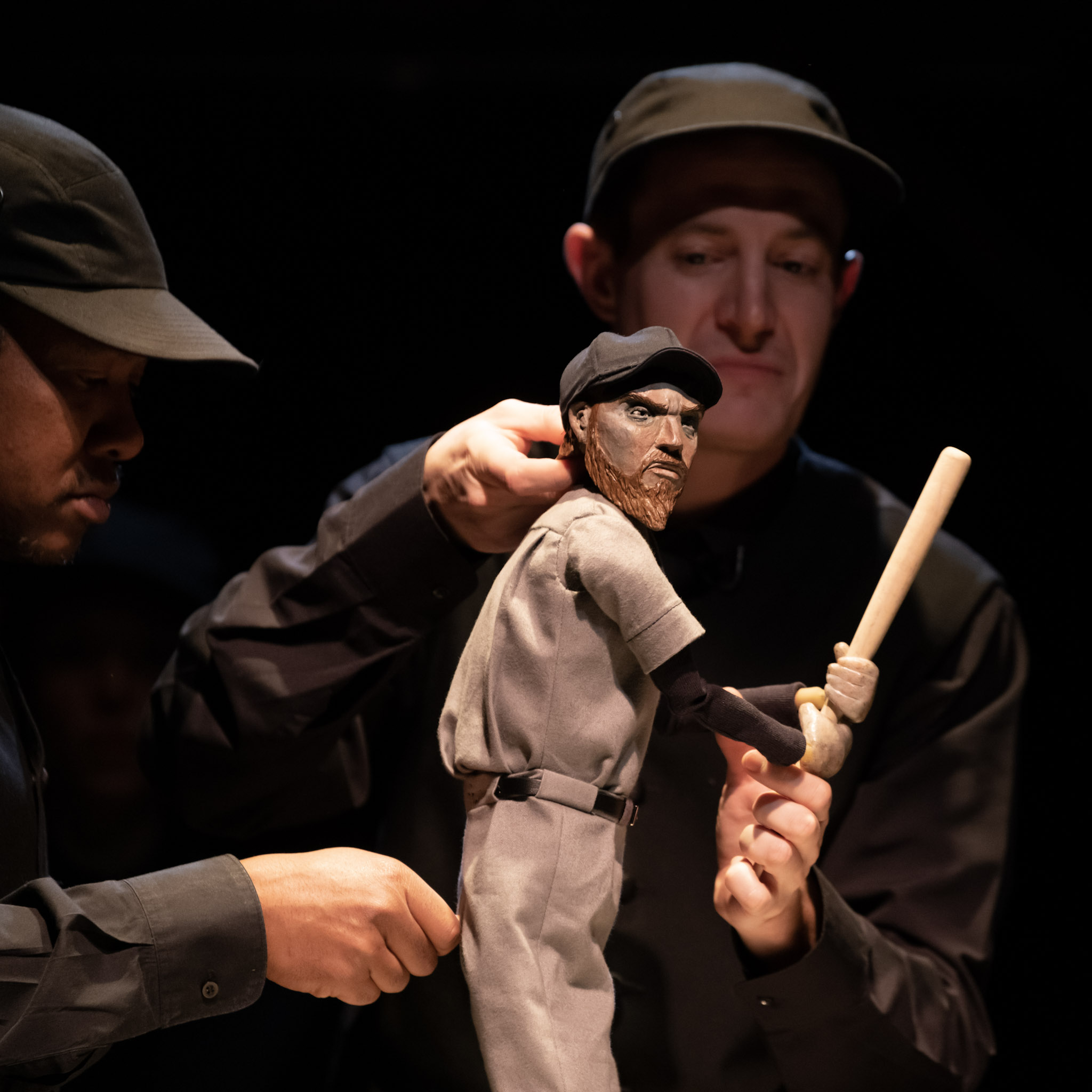 WJT is excited to try something new this season. We are inviting Rabbis from the community to see our shows and review them to provide greater spiritual and cultural context for our audience members. For the second installment of this new initiative, we have Rabbi Mattew Leibl of Shaarey Zedek Synagogue with his review of The Golem’s Mighty Swing.

The Golem’s Mighty Swing by James Sturm, adapted for the stage by Marcus Jamin

Anyone who's ever felt like an outsider - anyone who’s ever been taunted or teased or called “dirty”, simply for being different - will feel a kinship with the ballplayers on the Stars of David, the all-Jewish barnstorming team at the heart of the action in the Golem’s Mighty Swing.

It doesn’t matter this play is set a hundred years ago in the south. Or that it’s told with wooden puppets. The theme - the struggle against racism, judgment, and hatred - is as real and relatable today as it was a century ago. As the prologue suggests, we’ve all heard this story, in some form or other, before. From our parents. From our grandparents. Many of us have even lived it. We get it - the tension between being proud of who we are and just wanting to fit in.

But that’s not all. The show mixes in the element of the golem, the ultimate curveball, that infamous figure of Jewish superstition and myth, brought to life through Kabbalistic rituals and incantations. It builds the suspense and adds a feeling of the supernatural, which of course blends perfectly with the use of puppets and with baseball itself - a sport whose history is rich with heroic (and anti-heroic) figures and is certainly comfortable with portrayals of the fantastical, whether it be Damn Yankees, Field of Dreams, or Angels in the Outfield.

Mix in a number of sharply defined characters, clever staging, and the warm wheezing of accordion music throughout, that’s as at home simulating a ballpark organ as it would be in the shtetl, and you’re left with a show full of nuance and colour, emotion and drama, guaranteed to strike a chord with spectators.

And, as with any great Jewish story, there’s plenty of room for postgame discourse and audience interpretation. For the fans in the stands to question and wonder and draw their own conclusions.