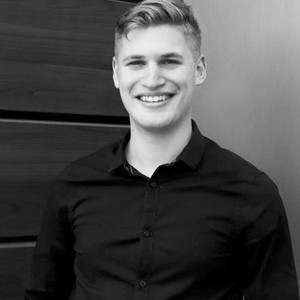 Hailing from Toronto, Dan is a director, playwright, and producer who has worked in theatres around Canada, the US, and on London’s West End. Most recently, Dan held the role of artistic director at Olive Branch Theatre, a professional company dedicated to providing opportunities for new-generation artists in the GTA. During his time at the helm of Olive Branch, he staged a variety of critically acclaimed musicals and themed cabarets. Dan curates, produces, and directs shows that have been called "valiant" and "complex". Born and raised in Israel to Ukrainian-Jewish parents, Dan has frequently gravitated towards stories about Jewish life, particularly in the Soviet era. Dan is a graduate of the University of Toronto, holding an MA in Drama, Theatre, and Performance Studies and an Honours Bachelor in theatre and international relations.

“We are all very excited to have Dan join the team,” says the Board of Winnipeg Jewish Theatre. “We eagerly look forward to the new energy and perspective he will bring to our organization.”

Winnipeg Jewish Theatre has been keeping Jewish culture alive and well in Winnipeg for 35 years and counting. WJT produces theatre that illuminates the vast Jewish experience in order to inspire dialogue about Jewish culture and intersectionality in the community at large.