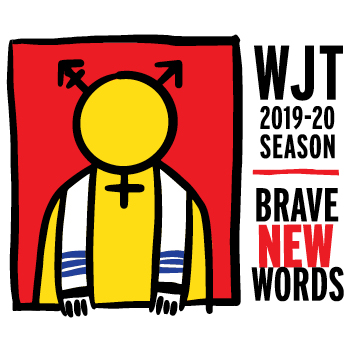 Winnipeg Jewish Theatre (WJT) has added a show to its three-play season, which includes four new Canadian plays that examine what it is to be Jewish and human. Subscriptions are currently on sale for the new season at https://www.wjt.ca/box-office/subscriptions Single tickets for the season go on sale August 1, 2019.

“There are so many things to be excited about for next season: four shows instead of three, two world premieres, an entire playbill of new Canadian Jewish plays, a co-production with one of the hottest theatre companies in the country, and of course PUPPETS!,” says WJT Artistic and Managing Director Ari Weinberg.

“It's a season of big, bold ideas presented in a variety of styles and genres. It's also a season that asks a lot of questions about identity, who we are and what we believe in. WJT audiences have been incredibly supportive of the work we've been doing to produce theatre that illuminates the human and Jewish experiences, I think they're going to be amazed at what the 2019-2020 season has in store on our stage.”

Winner of the 2017 Jewish Plays Project, Bar Mitzvah Boy tells the story of Joey, a successful lawyer who is used to things going his way. Now in his 60s, he suddenly decides he needs a Bar Mitzvah. What begins as a simple item on his to-do list becomes a deep immersion in the necessity of faith and the meaning behind rituals. The production will feature Nicholas Rice (WJT’s Angels in America) and Amy Lee (Of Mice and Morro and Jasp at MTYP).

“Bar Mitzvah Boy is the perfect way to launch our expanded season. It's packed with humour but it's also moving; it asks questions about WHY we believe in what we believe in. In many ways, it's a partner piece to the current season's hit Becoming Dr Ruth.”

A Co-production with Outside the March – Toronto, ON

A puppet adaptation of the acclaimed graphic novel by James Sturm, The Golem’s Mighty Swing follows the story of the Stars of David – a 1920’s barnstorming, Jewish baseball team that travels small-town America playing local squads. On the road, the team encounters a devastating financial hurdle, and are forced to make a compromising decision in order to keep their dreams alive. Featuring the adaptor, Marcus Jamin, Ray Strachan (WJT’s The Whipping Man and Intimate Apparel) and Toby Hughes (WJT’s After Jerusalem, RMTC’s Hand to God).

“A stage adaptation of a graphic novel told with five actors and an ensemble of puppets... how cool is that? This play is so singular, it's a sure-fire not-to-be-missed theatrical event,” says Weinberg.

Written and performed by Natasha Greenblatt and Rimah Jabr

Rimah Jabr was born a Muslim Palestinian, Natasha Greenblatt was born a Jewish Canadian. They met for the first time in Toronto, but have they seen each other before? Two Birds One Stone is a fictional documentary that investigates the forces that push us through time and across continents to find each other.

“This a timely, engaging work that examines all facets of conflict - in families, in friendships, in oneself - and there are moments of simple beauty to behold in it,” says Weinberg.

When Sam has a vision of drifting through the mechitzah (the barrier separating men and women in Orthodox synagogues) it launches a unique spiritual and religious journey. Sam/Sholem comes out, first as transgender and then as an Orthodox Jew. Struggling to balance family dynamics, history, activism and Talmud study, Sam wonders if, as Rabbi Nachman said, “All the world is a very narrow bridge.” The production is set to feature local actors Liam Zarrillo in his WJT debut and Mariam Bernstein (WJT’s Becoming Dr. Ruth).

"Narrow Bridge is a warm-hearted, funny and deeply spiritual play about one person's experience transitioning genders and religious practices," Weinberg says, "we are proud to be producing this world premiere by an award-winning Winnipeg playwright at WJT."

*plus taxes and fees