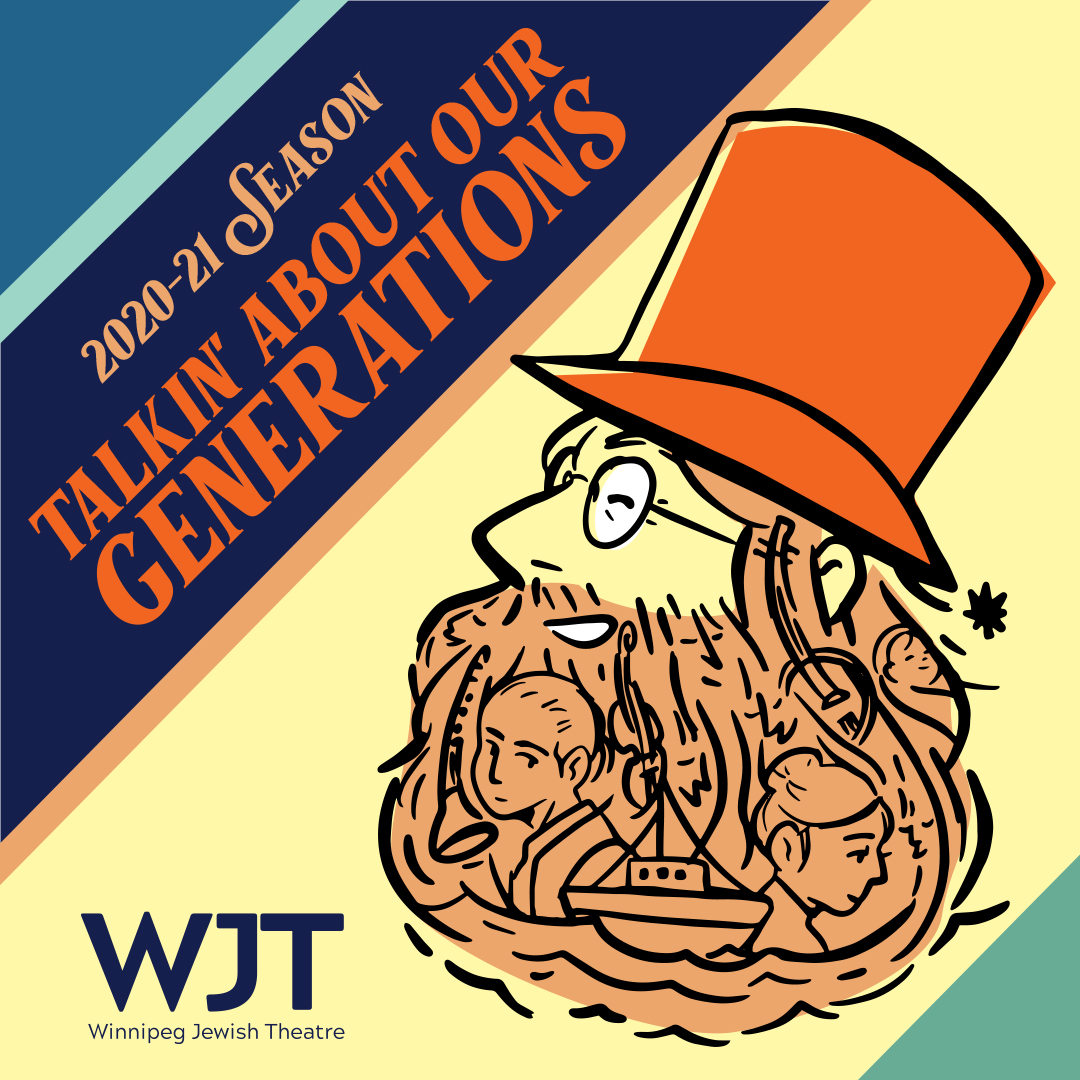 WJT’S NEW SEASON IS TALKIN’ ABOUT OUR GENERATIONS

"Each play serves as a snapshot of a particular moment in time, examining different generations of Jewish people and their specific circumstances,” says WJT Managing and Artistic Director Ari Weinberg. “The vibrant and dynamic playbill balances current issues of Jewish identity with familiar nostalgic memories filled with humour, heart and humanity.”

L’Dor V’Dor is all about making connections between generations and so are the four shows that are going to grace the Berney Theatre stage for our 33rd season. The characters we will be bringing to life span the Lost Generation through the Greatest Generation and Gen-X to Gen-Y (yes, Millennials!). The styles vary from a klezmer/musical theatre fusion to a gripping drama, from a soulful world premiere to a biographical tour-de-force. There is truly something for everyone, including the return of WJT’s smash-hit production of Becoming Dr. Ruth starring Mariam Bernstein.

A 2b Theatre Company Production (Halifax)

Old Stock: A Refugee Love Story is a humourously dark folk tale woven together with a high energy concert. This musical hybrid starring Ben Caplan is inspired by the true stories of two Jewish Romanian refugees coming to Canada in 1908. It’s about how to love and find our shared humanity after facing the horrors of war. Old Stock has thrilled audiences all over North America, Australia and Europe, WJT is so excited to bring it to Winnipeg!

“Bringing Old Stock to our audiences is a coup for WJT,” says Ari Weinberg. “This internationally acclaimed musical/rock concert is so singular and soul-stirring. This is the epitome of must-see theatre and it chronicles the family history of one of Canada’s most revered playwrights, Hannah Moscovitch.”

Amber comes from a well-to-do Jewish family. Tom is a young African-American man raised in poverty, the first in his family to attend university. While finding their way as freshmen at Princeton, they end up spending a night together that alters the course of their lives. They agree on the drinking, they agree on the attraction, but the consent is foggy, and if unspoken, can it be called consent? With lyricism and wit, Actually investigates gender and race politics, our crippling desire to fit in, and the three sides to every story.

“I was hooked five-minutes into reading Actually,” says Weinberg. “It's so gripping and current. Anna Ziegler is becoming one of the most produced playwrights in North America and it’s not hard to see why. This tightly written 90-minute play is packed with astute observations and flawed, but deeply human, characters.”

When Sam has a vision of drifting through the mechitzah (the barrier separating men and women in Orthodox synagogues) it launches a unique spiritual and religious journey. Sam/Sholem comes out, first as transgender and then as an Orthodox Jew. Struggling to balance family dynamics, history, activism and Talmud study, Sam wonders if, as Rabbi Nachman said, “All the world is a very narrow bridge.”

Weinberg says "Daniel has written a work that is filled to the brim with chutzpah, heart, and humanity. Narrow Bridge's world premiere is now eight years in the making and I can't wait to finally share this beautiful play with our community."

Back by popular demand! Karola Siegel fled Germany on the Kindertransport, joined the Haganah as a sniper in Israel, survived as a single mother in New York City, and eventually became North America’s most iconic sex therapist: Dr. Ruth Westheimer. Told with heart and plenty of humour, this play delivers a tour-de-force performance chronicling the life of an extraordinary woman. Mariam Bernstein, who won the 2019 Winnipeg Theatre Award for Outstanding Leading Actress for playing the legendary Dr. Ruth, returns to dazzle audiences for this revival.

“Is there a better way to end the season than with Mariam Bernstein reprising her award-winning turn as the beloved Dr. Ruth?” says Weinberg. “I don’t think so. If you saw it last time come back to be captivated again. If you missed it last time, book your tickets ASAP.”

* Prices before taxes and fees