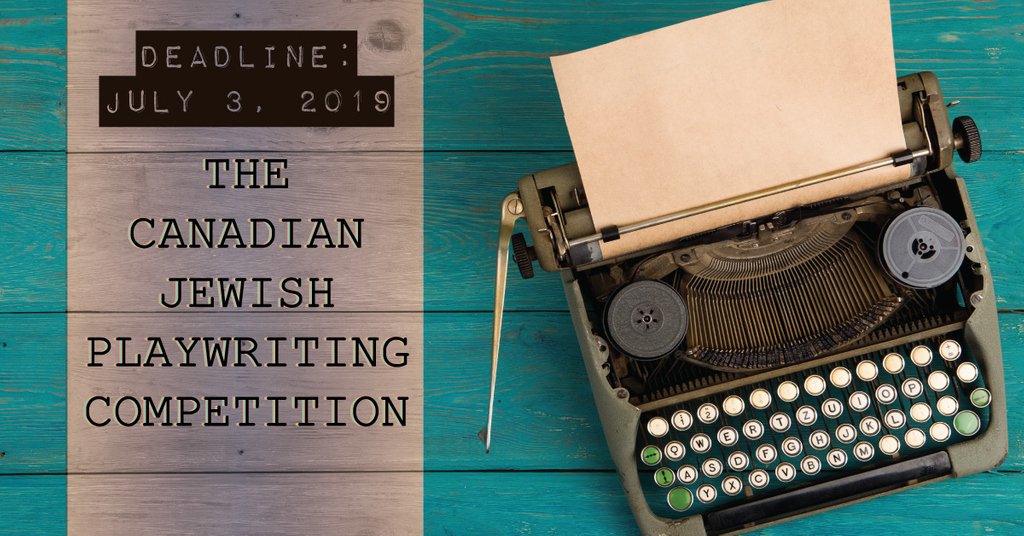 About the Canadian Jewish Playwriting Competition

Originally a program run by an independent group of dedicated volunteers, The Toronto Jewish Theatre Committee, the Canadian Jewish Playwriting Competition was founded in 1989 and operated out of the Bathurst JCC – in North Toronto.

In 1999, the MNjcc adopted this program and ran it with a group of jurors from the professional theatre community. Before 2006 there was an average of six plays submitted each year. With more publicity and exposure, up to 20 plays are submitted from six Canadian provinces, the United States and Israel each year. Program and presenting partners of the Canadian Jewish Playwriting Competition 2019 are The Harold Green Jewish Theatre (Ontario), The Segal Centre for the Performing Arts (Quebec), The Winnipeg Jewish Theatre (Manitoba), The Calgary JCC (Albert) and The Vancouver JCC (British Columbia).

$36 in Canadian funds per play is to be paid with each submission on or before JULY 3, 2019